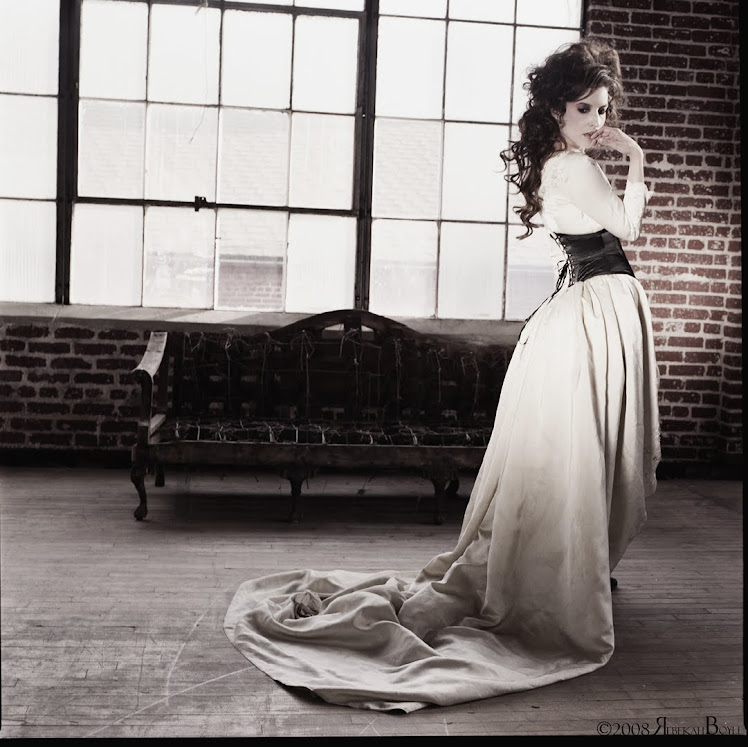 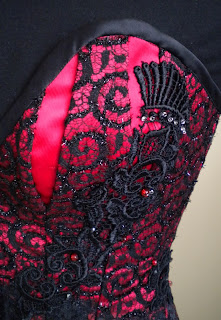 What is a Corset Gore?

Gores are usually triangular in shape (though not always) and they are used to add fullness to a garment. They're most commonly used in skirts to allow the skirt to be very fitted over the hips and then get very full.

Corset gores can be added to increase fullness at the bust and or at the hips. Allowing for greater bust fullness and hip fullness; using "gores" is a an advantage when making corsets for voluptuous women who may have a full bust and hips but relatively small waist.

In the photo above the "bust gores" are solid red satin; cut in a contrast fabric they become a design elements as well as being functional.  The "bust gores" in the corset  below indicate clearly how the gores add fullness to the bust of a corset to accommodate a fuller chest.  These "bust gores" have been stitched with decorative stitching that makes them pretty and adds structural support. 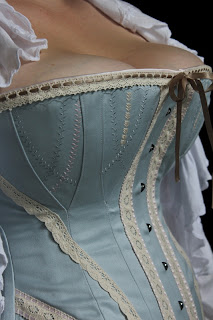 Gores used in the hip area can also be decorated.  The image below is a "hip gore" that has  decorative stitching along the bottom. All of the gores on this page are "in-seam" gores; these and other types of corset gores will be outlined in the next book - due to arrive in stores in the fall of 2012﻿ 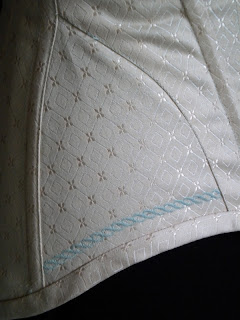 
Posted by Linda of Farthingales at 2:33 PM 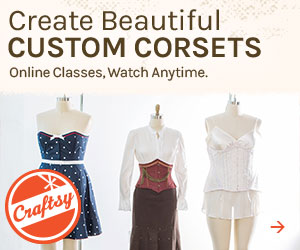